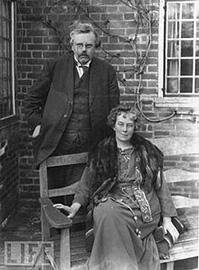 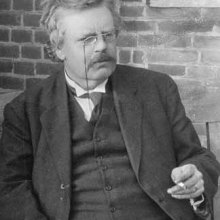 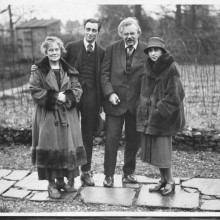 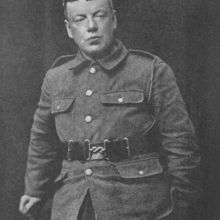 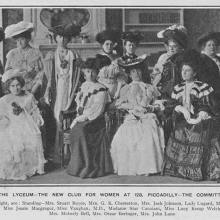 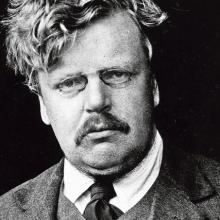 It is better to enter a house of mourning than a house of feasting, since death is the end of every man, and the living should take this to heart. Sorrow is better than laughter, for a sad countenance is good for the heart. (Ecc 7:2-3)

It is called Memorial Day precisely because it is about the dead from wars past, who need to be remembered most for the lessons they tried to teach us.  Yes, they also need to be remembered for their courage, obviously, but  we need to remember them for something far more important that we have forgotten with each successive war and through all our celebrations of life: chivalry and honor.  For without those two qualities, real democracy (and the freedom that arises from such) is not possible.  We cannot “achieve democracy” as the Left says, with protests.  And we cannot “fight for our freedom”, as the Right says, through entitlement. Only chivalry and honor along with gratitude and humility give us the freedom each side is seeking. These are not necessarily simply patriotic qualities, they are godly qualities. So, ultimately, it is God alone who defines what real freedom is, with its construct, and yes, its limits, not humankind. It is humankind’s challenge to see the strengths God has given others, each one in its own measure and reconcile themselves to each other for the good of all.  At their best, this is what the Church, who is supposed to be neither political Left and neither political Right, is to do. But are we doing so and showing the world the truth through God’s Light?

Long ago, a part of our country, in a divided time much like we live in now, strangely, as it might seem, exhibited those qualities much more than their more “moral” brothers in arms.  But that’s what happens when a society becomes  so terribly fragmented: both sides lose something that they need from the other.  Their troubles perpetuate because of this bewildering loss that is not sharply defined and clear cut. The most sober loss of all, death, is supposed to wake us up to what the problem really is and why it cannot be solved except through reconciliation.  To fail to see this, is to let that loss be in vain.  This is the point that President Abraham Lincoln made in his famous Gettysburg Address given November 9th, 1863:

But, in a larger sense, we can not dedicate — we can not consecrate — we can not hallow — this ground. The brave men, living and dead, who struggled here, have consecrated it, far above our poor power to add or detract. The world will little note, nor long remember what we say here, but it can never forget what they did here. It is for us the living, rather, to be dedicated here to the unfinished work which they who fought here have thus far so nobly advanced. It is rather for us to be here dedicated to the great task remaining before us — that from these honored dead we take increased devotion to that cause for which they gave the last full measure of devotion — that we here highly resolve that these dead shall not have died in vain — that this nation, under God, shall have a new birth of freedom — and that government of the people, by the people, for the people, shall not perish from the earth.

Aside from the lives of the future generations of those men who were killed, affecting forever the destinies of untold thousands in this country, we have lost four things in our general American society from that long ago Civil War: gallantry, honor, humility and chivalry.  We now have hard thinking, relentless marketing, and common aggressiveness – all for the sole purpose of profit making, whether Capitalist or Socialist – it is for the multiplying of power and creature comforts that take up most of our day.  And our “kindnesses” are more about us and our virtue signaling rather than the sacrifice such should be.

Gallantry, honor, humility and chivalry.  These words have little meaning today, but they were the idealist bedrock of a lost society, a society from our anti-bellum past who are now only remembered for one glaring fault, a fault that has been made larger than the faults of her accusers’ often unadmitted faults.   This was a society who was willing to bank it all on a card game, an endeavor, a piece of land, a cause and walk away, chin high, even laughing in their defeat, accepting it honorably.  As Margaret Mitchell wrote in her preface, quoting a poem from which her book took its title, Gone With the Wind, that way of living life has floated away from us like the wind.  Some of us gained a kind of wretched and crude “freedom” through its loss, but only at the loss of what was best about our society.  G. K. Chesterton, while not defending slavery on any level, recognized with the defeat of the South, what the loss of these ideals meant for the future of America and its national character.  In 1930 he wrote of his observations in a piece called “On America” from Come To Think Of It.

“In other words, what is most lacking in modern psychology is the sentiment of Honour; the sentiment to which personal independence is vital and to which wealth is entirely incommensurate. I know very well that Honour had all sorts of fantasies and follies in the days of its excess. But that does not affect the danger of its deficiency, or rather its disappearance. The world will need, and need desperately, the particular spirit of the landowner who will not sell his land, of the shopkeeper who will not sell his shop, of the private man who will not be bullied or bribed into being part of a public combination; of what our fathers meant by the free man. And we need the Southern gentleman more than the English or French or Spanish gentleman. For the aristocrat of Old Dixie, with all his faults and inconsistencies, did understand what the gentle man of Old Europe generally did not. He did understand the Republican ideal, the notion of the Citizen as it was understood among the noblest of the pagans. That combination of ideal democracy with real chivalry was a particular blend for which the world was immeasurably the better; and for the loss of which it is immeasurably the worse. It may never be recovered; but it will certainly be missed.“

We hear that “democracy is under attack” and that “democracy is dying” but do the people claiming it really understand what democracy is and what it looks like?  Its to their credit that they notice something is missing, but it is to our detriment that they keep over looking what really is missing.  What we are missing is what Chesterton so aptly noted: “The Republican ideal ” along with “that combination of ideal democracy with real chivalry [as] a particular blend” supported by honor and gratitude.

While we continue, in ways we cannot yet articulate, to miss those intangible qualities our nation as a whole lost, many of our still living veterans are missing their dead comrades from the battlefields of wars past this day.  And it is good to listen to how this day affects them and learn from it, too.

Thoughts from a Vietnam Vet

“Let me tell you my thoughts on Memorial Day.
For most Americans, Memorial Day is a paid holiday, a three day weekend filled with cookouts, social gatherings and fire works. Well intentioned people often wish veterans a “Happy Memorial Day”. That day is anything but happy to a combat veteran.
As I reflect on the upcoming day, I remember my fallen brothers in arms. I recall carrying their bodies from the battlefield, placing them in body bags and waiting for the choppers to come in and carry them from the field of battle for the last time. I remember looking at the broken body of an 18 year old Marine that I had been playing cards with just a few days earlier and thinking that there would never be an open casket funeral and that all his mother would ever get back of him was a folded flag and a posthumous Purple Heart medal.
I will remember all the men who answered the call to duty and paid the ultimate sacrifice.
I will think of all the names that appear on the Wall, but particularly the 23 Marines from my Company. I will also think of a couple of fallen warriors from my hometown whose names are there too, men who were just kids when I went off to same war in which they fell.
I will think of all my Brothers on Memorial Day, those who fell and those who survived but suffered wounds, both physical and mental.
These are all things that have been part of my daily memories for over half a century, memories that will be intensified by a National day of remembrance. Please remember the reason for Memorial Day and no matter how pure your intentions, please refrain from wishing a veteran a “Happy Memorial Day”. For us it will be a somber day of reflection, reflection that will hold no joy.

As we somberly reflect on what this means, do you and I begin to recognize and miss these qualities that helped hold our nation together as much as these Vets miss those men who were their friends and with whom they served?  Then let their deaths be not in vain.  A thoroughly shared experience, a thoroughly shared loss has the potential to bring about reconciliation to nations – because if we let it, it can reminds us of those long dead qualities – gallantry, honor, humility and chivalry – that need a somber resurrection.  And with that resurrection, some gratitude.