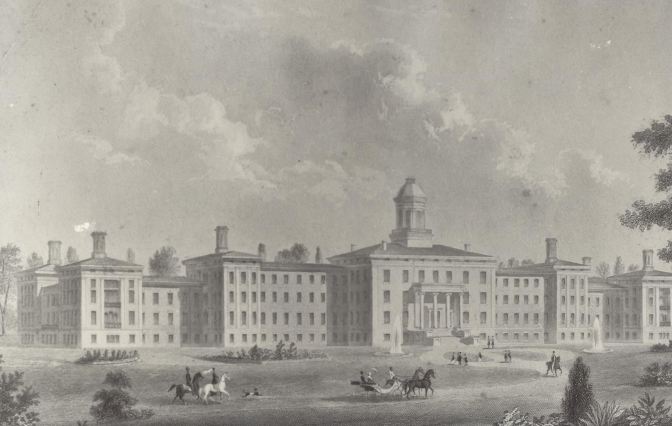 The problem is that in today’s political atmosphere, “neither the men nor the women have any influence at all.” Even though we doubt the state’s legitimate authority, we continue to hand greater powers to it all the time. The state gives birth to fantastic and foolish laws, and we have lost our power even to be astonished at them. Chesterton warns, prophetically, “ whenever we see things done wildly, but taken tamely, then the State is growing insane.” We are letting officials and experts “immure any one’s body, damn any one’s soul, and dispose of unborn generations.” Dale Ahlquist, Lecture: A Miscellany of Men

But the process of going mad is dull, for the simple reason that a man does not know that it is going on. Routine and literalism and a certain dry-throated earnestness and mental thirst, these are the very atmosphere of morbidity. If once the man could become conscious of his madness, he would cease to be man. He studies certain texts in Daniel or cryptograms in Shakespeare through monstrously magnifying spectacles, which are on his nose night and day. If once he could take off the spectacles he would smash them. He deduces all his fantasies about the Sixth Seal or the Anglo-Saxon Race from one unexamined and invisible first principle. If he could once see the first principle, he would see that it is not there.

This slow and awful self-hypnotism of error is a process that can occur not only with individuals, but also with whole societies. It is hard to pick out and prove; that is why it is hard to cure. But this mental degeneration may be brought to one test, which I truly believe to be a real test. A nation is not going mad when it does extravagant things, so long as it does them in an extravagant spirit. Crusaders not cutting their beards till they found Jerusalem, Jacobins calling each other Harmodius and Epaminondas when their names were Jacques and Jules, these are wild things, but they were done in wild spirits at a wild moment.

But whenever we see things done wildly, but taken tamely, then the State is growing insane. For instance, I have a gun license. For all I know, this would logically allow me to fire off fifty-nine enormous field-guns day and night in my back garden. I should not be surprised at a man doing it; for it would be great fun. But I should be surprised at the neighbours putting up with it, and regarding it as an ordinary thing merely because it might happen to fulfill the letter of my license.”

Read more of this book: A Miscellany of Men

Read the lecture: A Miscellany of Men